Working towards a NO-KILL planet

Each day, we try to make a positive impact, one animal at a time.

Each year, we measure our impact in terms of lives saved, adoptions, spay/neuters, among other factors.

Our overall impact will eventually be measured as other organizations, individuals and policy makers use the example of organizations like ours, and adopt the NO-KILL philosophy, putting it in action around the world. 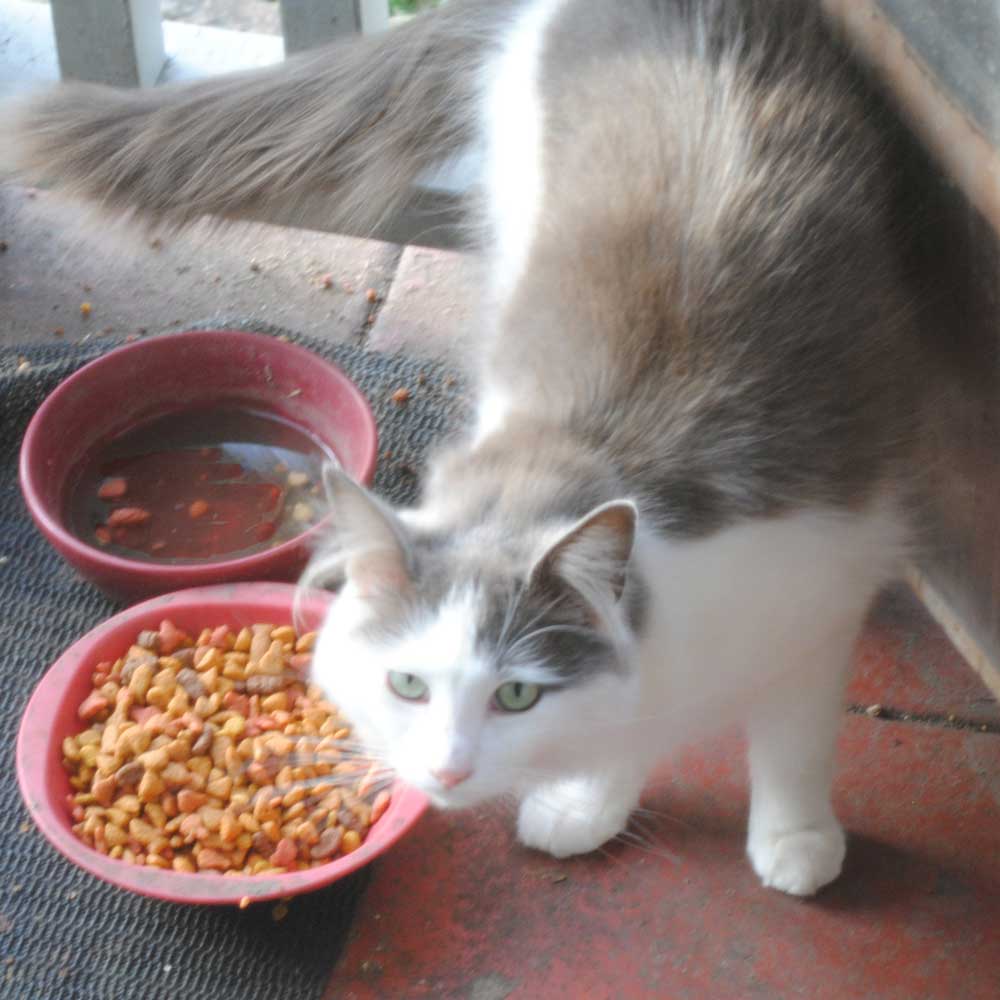 Five kittens followed their mother through a space under the fence, behind the rose bushes, and up to the porch, awkwardly negotiating the stairs that were each taller than they were. On this porch, mother knew was a bowl of food left out each morning by the young woman who lived there. Mother was intent on giving her brood a lesson that she knew was the best hope for their survival.

The kittens surrounded the bowl and ate until it was empty. This was a diverse litter of kittens, both long and short hair and all sorts of colors, except there were two twin grey sisters with white points, which could only be distinguished by an unusual white marking one had on her back that resembled an arrow.

Before long, their mother disappeared, but as she had taught them, her kittens came to eat on the porch everyday. One day three kids from the neighborhood got their hands on a bee bee gun and decided to make the kittens their target. Hiding behind a parked car their first shot hit the food bowl sending the kibble flying in all directions, and scattering the frightened kittens. The twins managed to stick together and they hid motionless behind a rose bush. But the kids saw them and fired a second shot in their direction. This time Arrow was hit, and she scrambled under the fence, injured.

Hearing the malicious boys laughing, the young woman of the house came out and chased the boys away. It was about two weeks before the she saw the kittens again, not five, but only three. They were very cautious as they approached, and the woman stood guard as they ate. Finally little Arrow’s Sister joined her siblings, summoning all of her courage to go to the porch without the protection of her twin who was never seen again.