Every Life is a Precious Gift

We value the life of each and every animal who comes to us.

Animal Refugee Response exists to respond responsibly and compassionately to animals in dire circumstances with the underlying conviction that every life is a precious gift.

What distinguishes our organization from others is our strict commitment to “NO-KILL”. Animals we take in and care for are never destroyed because of age, health condition, lack of space, or cost.

Animals live at our facility until they are adopted. Or if they are considered “unadoptable” due to age, disability or health condition, they stay with us and are cared for in a loving environment for the rest of their lives.

Because we never euthanize animals, space at our facility depends on adoptions. We have dogs, cats, puppies and kittens available to loving, stable and permanent homes.

Our work within the community includes education and assistance programs, focused on responsible and compassionate treatments of animals, and support for keeping pets in their homes.

Above all our work is about being an example of what is possible when animals are cherished as an integral part of life on our planet. 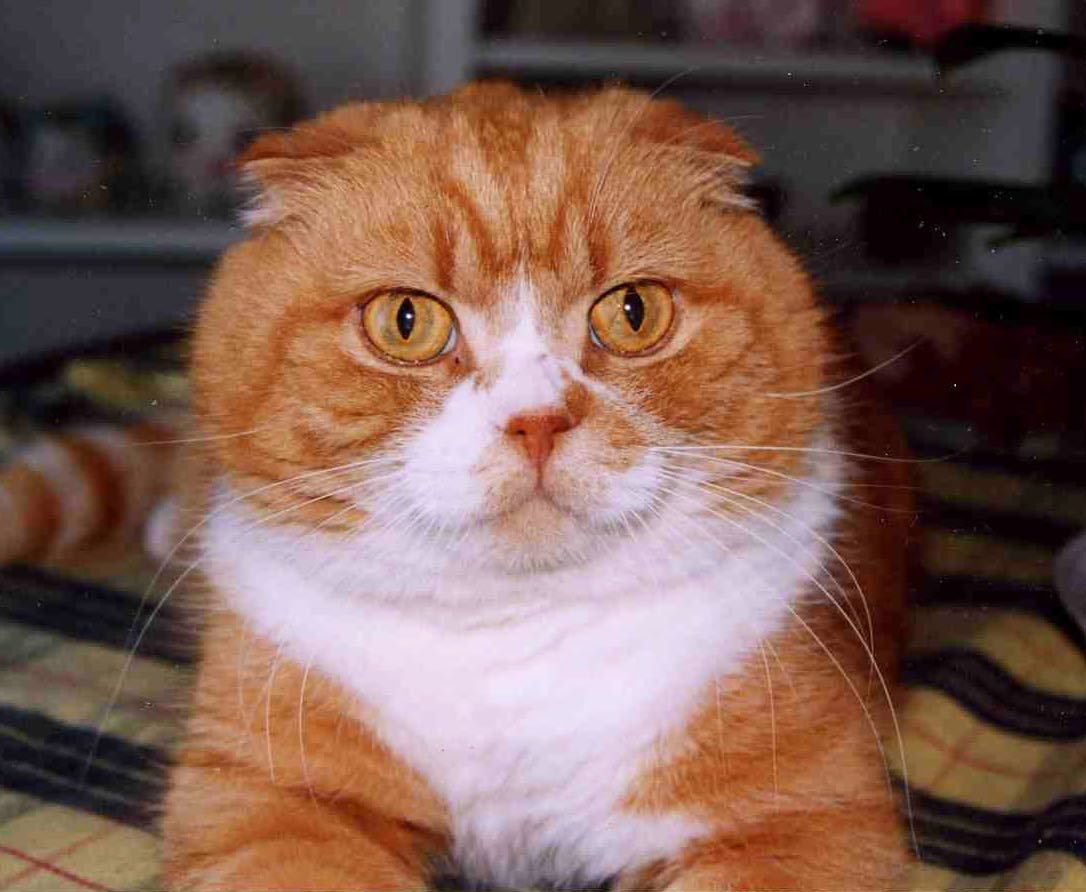 Left in front of a strip mall pet store after hours one rainy winter night, the manager found a shoe box sealed with duct tape on the door step the next morning. Inside the box he found a soggy orange cat, frightened and disheveled, but still alive. He patted him dry and placed the cat into the store’s display of frisky kittens for sale. Then he called Animal Refugee Response to rescue the sad creature.

As shelter director, I took the call on my way to work and stopped by the pet store soon after. One look at the discarded cat shivering in the back corner of the kitten display, I brought him home for some quiet time, before going to our shelter. He was clearly an experienced pet, well behaved in the house, and so happy to have a couch to stretch out on as he purred sweetly. Soon, it was clear that the handsome Scottish Fold would live with warmth and dignity for the rest of his life with me.

Scott, as he came to be known was a magnificent cat whose life experiences brought out some unusual behavior for a male feline. He could often be found grooming the newest refugees, even allowing them to nuzzle and bury their faces into his white belly, understanding their need to feel safe. Scott was an altruist in the truest sense of the word. And even as time past, and new happy memories filled his heart, Scott never let a day go by without expressing his gratitude for being rescued from the darkness of that box.

When Scott was diagnosed with cancer of the jaw it was the saddest of days. The aggressive tumor was inoperable and eventually made it hard for him to eat. Still he tried. He ate scrambled eggs, then baby food, and then finally only tuna juice. His last day Scott still expressed joy as I watched him silently creep through the grass toward a butterfly who had landed on a flower. That night, I fell asleep beside him, and I woke up when I felt his soft paw on my face. I opened my eyes and they met his, and then he took his last breath.